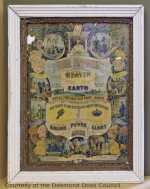 Here are links for some of the publications we have authorized or have commissioned: 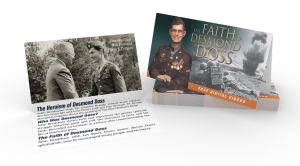 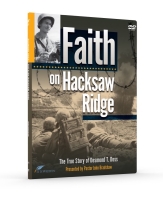 Faith in God was the foundation of Desmond Doss' life. In this 3-episode set you'll discover effective ways to increase your own faith, and learn more about the remarkable God who enabled Desmond Doss to carry himself with grace, commitment, and bravery. [Link]

The Heroism of Desmond Doss: John Bradshaw, Speaker/Director of It Is Written, with Dr. Charles Knapp, retired army colonel and Chairman of the Desmond Doss Council, discuss army life and how Doss' faith got him through. Dr. Knapp also gives insights about the making of the film Hacksaw Ridge.

Who Was Desmond Doss?: John Bradshaw shares how war represents the greater spiritual struggle between good and evil, and discusses the character of Doss and his faith. Recorded on location at various sites commemorating the life of Desmond Doss. 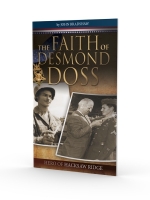 The Faith Of Desmond Doss (pocketbook)

The Faith of Desmond Doss not only tells Desmond's incredible story, but more importantly, it tells the reader about his faith. Desmond refused to carry a gun, but that doesn't mean he went into battle unarmed. He faced combat with two things more valuable than any man-made weapon—his Bible and prayer. The message of this small book is that through Bible study and prayer, anyone can develop a relationship with God, and achieve greater faith. [Link] 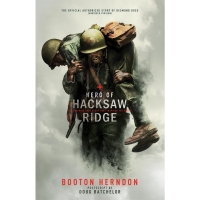 This abridged version of Redemption at Hacksaw Ridge (previously titled The Unlikeliest Hero) portrays Desmond Doss as he became the first conscientious objector to receive the Medal of Honor. This abbreviated story is available as a Missionary Sharing Book.

Desmond's dramatic true story of integrity, redemption, and heroism will inspire you to live by the courage of your convictions. Doug Batchelor's postscript presents a snapshot of the beliefs of the Seventh-day Aventist Church, of which Desmond was a life-long member. [Link] 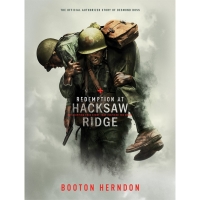 Only authorized and official biography of Desmond T. Doss Sr. Includes a new Foreword by decorated Vietnam war veteran and former Georgia US Senator Max Cleland, an Epilogue by Desmond's pastor, Les Speer, which chronicles Desmond's life after the end of WWII, and dozens of new pictures.

This page-turner will keep you riveted to your seat as you discover how Desmond Doss became the first conscientious objector to receive the Medal of Honor. Desmond's dramatic true story of integrity, faith, loyalty, selflessness, honor, courage and bravery will inspire you to live by the courage of your convictions.

Redemption at Hacksaw Ridge, along with the documentary The Conscientious Objector were key sources used by scriptwriter Robert Schenkkan to tell the story of Desmond Doss in Mel Gibson's 2016 movie, Hacksaw Ridge.[Link] 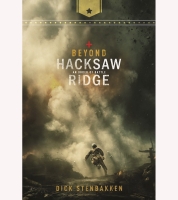 Beyond Hacksaw Ridge: An Order of Battle

Drawing on his experience as an Army veteran, Richard Stenbakken has woven together a series of military vignettes illustrating the need for Christ as our Commander, and designed to equip us for a life of service in the Kingdom. This booklet challenges us to take a stronger grip on our faith, and to prayerfully press forward into the spiritual battle we encounter daily.

A site from the German Adventist Media Center: "It is not a mere translation, but we've taken the resources on your website (pictures, texts) and rearranged them in a way that works in our culture." (Sven Fockner)
www.desmonddoss.de