Mountains Speak To Me 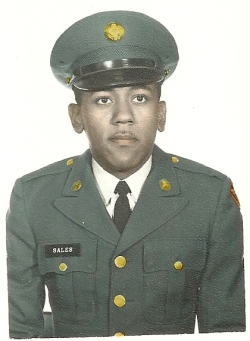 However, in the Adventist environment, relations between Okinawans and Americans were very different. I attribute much of this to what I call the "Desmond Doss Effect."

Even in combat, Pvt. Doss showed love for wounded enemies. It was reported that he even gave medical supplies and assistance to a local Okinawa Medical Mission facility while on the Island. His life epitomized true Christianity. The bonds he established created a warm, loving, accepting atmosphere for Americans two decades later. The Okinawa Adventist Medical Center was revered as the best place on the Island to go for quality medical care.

Mountains Speak To Me 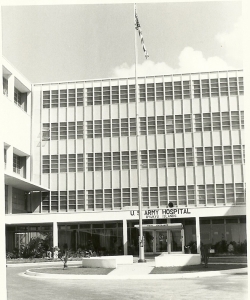 While serving there, I became very familiar with the Battle of Okinawa and heard various accounts from local survivors of the war. I even heard Pastor Arikaki's version from a Japanese Army's perspective and how he was greatly impacted by the life of Pvt. Doss.

One summer afternoon, Pastor Arikaki and several nurses from the Mission Medical Center took three other American soldiers and me on a tour of the famed Maeda Escarpment, nicknamed "Hacksaw Ridge."

While there, I wandered away from the group to a quiet spot and paused for a reflective moment. In an instant the words of the poem, "Mountains Speak To Me," captured my mind - "Mountains, mountains, mountains speak to me? I've been told and I believe mountains know it all." I concluded that no single medic could have accomplished such an extraordinary feat without divine intervention.

Before viewing Hacksaw Ridge, I wondered how Hollywood would depict the main character. Would a Hollywood present the hero as a non-combatant Christian? Would they show this war realistically? And what, ultimately, would the message of the film be? I was eager to find out.

I was shocked at how perfectly Mel Gibson and his crew portrayed the battle. It is about as close as you can get to war without going through one. HACKSAW RIDGE realistically shows the bloodiest battle of WWII in Okinawa. Hopefully the film makes audiences think and change the way war is viewed.

In 1945 Pvt. Desmond Doss conducted one of the most courageous rescue missions of all time on the Maeda Escarpment. Twenty years later, I stood on that very spot and heard the story retold. Seventy years later, I see Mel Gibson standing on the same mountain. He meditates for a moment, then poses the same question as I, "Mountains, mountains, mountains speak to me? I've been told and I believe mountains know it all."

His result - HACKSAW RIDGE! A powerful film, destined to become an Academy Award contender, and already it's being hailed as one of the best war movies of all time.